Old Man/Wobbly Old Lady - the Many Faces of Multiple Sclerosis

If you’re British and of a certain age, you may remember the Two Soups sketch from one of Wood’s comedy shows. I could only find this clip on YouTube

which gives no more than a flavour of it, but in it Julie Walters plays a doddery, unstable waitress. She takes an age to shakily walk over to the customers seated at their table, writes down the order for two soups, then takes another age to walk back to the kitchen. When she finally returns carrying the soups, much of the contents of the bowls is spilling onto the carpet as she once again infirmly crosses the floor to the diners. By the time she reaches them, most of the soup has been shed, but she happily places the bowls on the table with the cheery proclamation, ‘Two soups!’

How I laughed back in the 80s, in my pre-MS days, at this impression of an infirm waitress. It doesn’t seem quite as funny now that I am that doddery person. Whenever I’m carrying a tray of food, particularly if I’ve been on my feet for a while preparing that food, I have to use all my concentration to step carefully across the short distance involved in order to avoid introducing my dinner to the floor. If we’re eating in front of the TV, that even involves a treacherous three steps down to the living room. I’ve managed it without disaster up to now, but rarely feel confident enough to add a drink into the mix, so another trip to the kitchen is required to pick that up – a trip by this time that I could really do without. 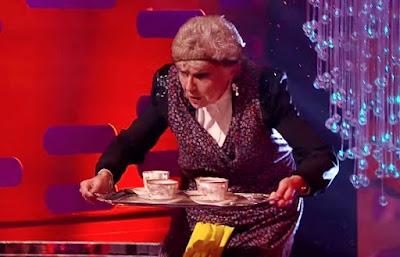 I think Julie Walters must have used her bad waitress character as inspiration for her long-running role as Mrs Overall in the Acorn Antiques sketches. When I’m bringing a meal to my wife and pots are clinking together as I totter towards her in a game of MS Jeopardy, the jovial cry of, ‘Here she comes, Mrs Overall,’ is often heard. Mixing my comedy characters, I breathe a sigh of relief as the tray safely makes it onto the table, before celebrating with a breezy cry of my own, no matter what the nature of the meal: ‘Two soups!’
[TO READ FURTHER POSTS, CLICK ON THE ARCHIVE AT THE TOP RIGHT OF THE PAGE ON DESKTOP, OR THE HOME BUTTON AT THE BOTTOM OF THE PAGE IF READING ON A PHONE]
at March 30, 2022 No comments:

Email ThisBlogThis!Share to TwitterShare to FacebookShare to Pinterest
Labels: Posts 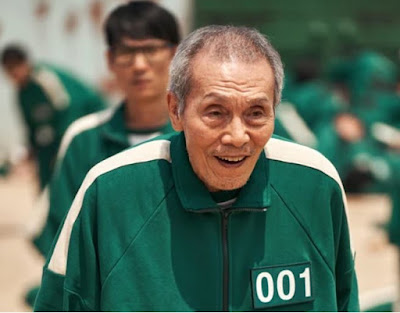 I strive to be a good son and phone my mum and dad once a week. Sometimes I fail in this modest quest but if not, the first twenty minutes of the call are usually taken up with a health questionnaire, as we exchange news of how we’re all doing physically.

I used to despair of older people who seemed to revel in discussing their health issues whenever they were in a social setting. Did folk who had reached a certain age simple run out of interesting topics of conversation, so had to resort to listing their various illnesses and the medications they were using to treat them?

Now I understand. When your body stops running exactly as you would wish those health problems can soon come to dominate your life. So we get that part of the chat out of the way off the bat. That way, we know from what kind of playing field we are operating.

As I write, my mum is 86 and my dad is 82. Obviously at their age, they have various health problems but considering they’re both in the eighties, they’re not doing too badly. They’re both starting to feel it, though. They’ve both been pretty active up to now but are starting to struggle. They regularly go back to bed not long after breakfast and perhaps have another nap in the afternoon.

My dad often complains about the fatigue he feels. ‘Yes, it’s so frustrating, isn’t it,’ he tells me. ‘When you’re used to doing stuff but you can’t do that much anymore.’

‘You have a list of jobs you want to do around the house and you just can’t do them.’

I try to sympathise with his frustrations but my mind keeps coming back to a single thought:

DAD, YES, I’M SURE IT’S FRUSTRATING FOR YOU THAT IN THE LAST YEAR OR TWO YOU’VE STARTED TO REALLY STRUGGLE TO KEEP UP WITH THE GARDEN AND YOUR DIY BUT YOU’RE IN YOUR EIGHTIES. I’M SORRY, I KNOW IT’S NOT NICE BUT IT’S TO BE EXPECTED. ALL THINGS CONSIDERED, YOU’RE IN PRETTY GOOD NICK. I ON THE OTHER HAND AM ONLY IN MY EARLY FIFTIES. WHEN I COMPARE WHAT I’M CAPABLE OF DOING WITH YOUR PHYSICAL CAPABILITIES I REALISE THAT I BASICALLY HAVE THE BODY OF AN 82-YEAR-OLD. ESSENTIALLY WE HAVE THE SAME MUSCLE STRENGTH BUT MY LIMBS ARE THIRTY YEARS YOUNGER THAN YOURS. WE MIGHT BE THE SAME BUT IT’S NOT THE SAME.

‘So, how are you doing?’ he asks me. ‘Are you sleeping better? Have you any more energy this week?’

‘Same old…’ is how I usually reply. I may have slept better a couple of days; or my insomnia, fuelled by MS-related leg twitching, may have known no bounds. The MS will almost certainly be the same as seven days ago. It’s only when I think back to twelve or twenty-four months in the past that I realise I’ve descended the greasy pole of disability significantly more. The process was just so slow as to not be particularly noticeable as it was happening. And besides, I can’t really be bothered to answer in detail. There’s nothing family or friends can do and there’s only so much sympathy that can be given or taken. After twenty years of living with MS, all parties start to run out of things to say. In my experience anyway.

I don’t say much else. We talk about other family news. My brother-in-law had a hip replacement recently. He’s still struggling. For years he’s had difficulty walking and even putting on his shoes. The single hip replacement hasn’t helped that much. I try to focus on his problems. He’s probably more disabled than me at the moment. But he’s having his second hip replaced next month. All being well, he’ll be like a new man. Not quite the man he was in this twenties, but much more able. Certainly more able than me and he’s four years older.

So of the three men in our family with serious walking difficulties, one is  82, so it’s to be expected, one is 57 – he’s had a long ordeal but will soon hopefully be cured to a great extent – and the other one… well he’s 53 and there’s nothing good on the horizon. His walking difficulties are only likely to get worse. At what pace, we don’t know.

Balls to it, what ya gonna do, shit happens. When I’m 82, if I get there, I hope I can still remember the days when I could do jobs around the house. I hope that time in my life hasn’t faded into a dim and distant past.

Email ThisBlogThis!Share to TwitterShare to FacebookShare to Pinterest
Labels: Posts

Ramblings on Living with Multiple Sclerosis

REASONS TO BE CHEERFUL (DESPITE HAVING MS) 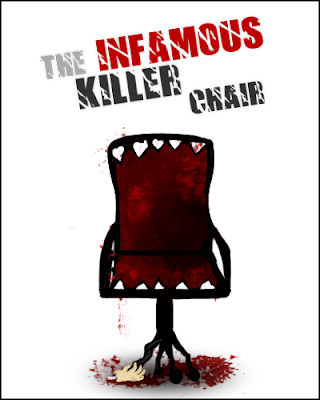 MS has robbed me of much that I held dear, as well as making some bodily functions that I never previously gave any thought to considerably harder. I really miss being able to play sport and not having to think about how long I’ll be able to do something before I have to stop. I miss my urination reflex, being able to just whip it out and go. I miss having a good night’s sleep, without my leg twitching, keeping me awake. And I miss going for a walk without the company of a walking stick.

But does MS restrict my everyday life all that much? Not really. I’m fortunate in that I do a job that involves nothing more than sitting at a computer all day. TV doctor Michael Mosley says that the chair is the killer and the amount of time we all spend seated these days is making us very unhealthy, but in my case I beat the chair to it. I’m already unhealthy thanks to MS and the chair has been my saviour. When I finally get up at the end of the working day I’m still able to cook some dinner or maybe even take the dog for a brief walk, albeit with the aid of the aforementioned stick. Then I can spend the evening watching TV, listening to music or reading. And at the weekend I’ll be watching my football team like every other weekend.

The point I’m making is that I can still enjoy many of the activities that I hold dear. I’m not into inspirational messages, as there’s never a one size fits all experience, but you’ve got to think about what you still have, not what you’ve lost, right?

I’ve just realised that what I’ve essentially said is, ‘Count your blessings.’ How trite, clichéd and annoying. I used to hate it when older people said it to me in my youth. But then I had my whole life ahead of me with its endless possibilities. Life feels a little smaller now. Another by-product of MS, as well of hitting middle-age. Oh well, I’m given to counting them sometimes, even if it’s just to try to help me get to sleep when my bloody leg won’t stop twitching in the middle of the night.

Maybe you count them too at times. I hope so.

[TO READ FURTHER POSTS, CLICK ON THE ARCHIVE AT THE TOP RIGHT OF THE PAGE ON DESKTOP, OR THE HOME BUTTON AT THE BOTTOM OF THE PAGE IF READING ON A PHONE]
at March 16, 2022 No comments:

MS, You're Taking the Piss

Tickle My Balls! Henry Miller, writer (did not have MS) Henry Miller apparently once stated that to relieve your bladder is one of life’s gr... 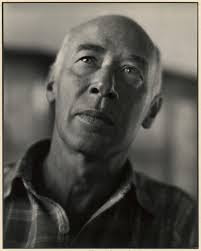